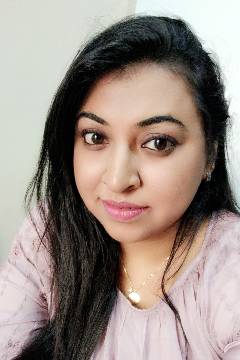 Shloka Sachdev, is the Spanish teacher for grade 6 and 7 in Middle school and IBDP Y-11 at BIS.

Shloka holds a degree in Mass communication and is a post graduate in sociology. She also pursued MBA in Human Resources from Welingkar Institute of Management Studies.

She has completed all the levels of language proficiency (C2) in Spanish from Hispanic Horizons.
She completed with honours an International Diploma in Spanish as a foreign language (Dele C2) from Instituto Cervantes in Spain. She is also the examiner for DELE levels A1 and A2.

After realising and finding her passion in learning and teaching languages, she went on to do her B.ed in 2015.

She has been teaching at Hispanic Horizons for 6 years now and is equipped to teach individuals of all age groups. She has been tutoring young learners as well as adults effectively.

In order to improve her skill set, she has done a Diploma in teaching Spanish as a second language (ELE) from Instituto Hemingway in Bilbao, Spain in December 2018.

Apart from Spanish, Shloka did a course with British Council in collaboration with the Cambridge University in March 2019. This course, CELTA, enables her to teach English as a foreign language to non-native English speakers world over.